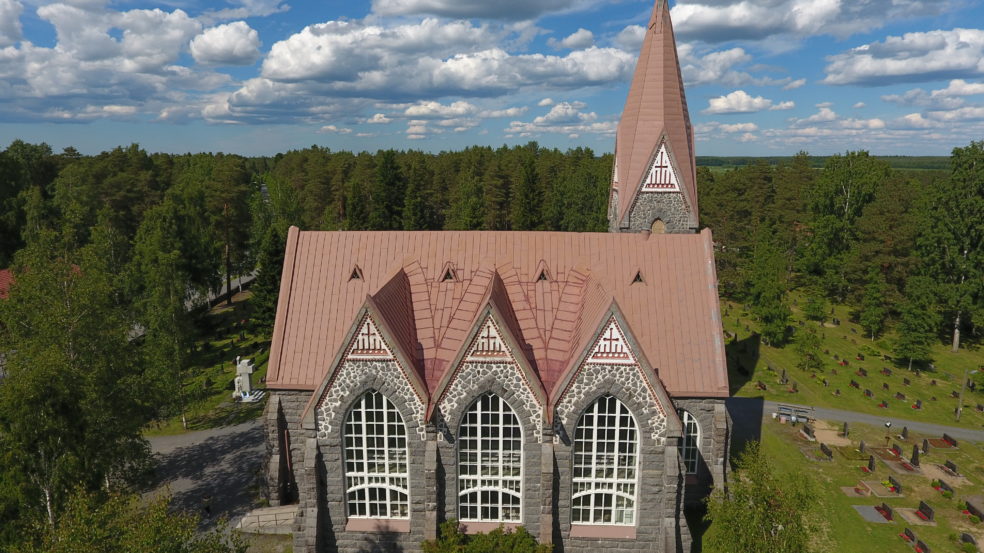 The first church in the parish of Alahärmä was built on the location of the current church in 1676. Before this, local parishioners had to attend church services in Isokyrö or Pietarsaari and later in Lapua. Work on the church started once the Cathedral Chapter granted permission for the construction of a new parish church.

The building project was initially led by Sipi Kauppi, a resident who was active in local matters. The completion of the work was overseen by Knuutti Liuhtari from Lapua. The church was modest in design: a single-nave church with dimensions of 15 x 12 metres, or 25.5 x 19.5 Swedish ell. The church was in use until 1752, when the parish got its second church, a wooden church with a spire, which was built by paris resident Antti Hakola. The original single-nave design was later transformed into a cross-shaped church. The church was destroyed on 7 July 1898 in a fire, which was started by the cigarette of a workman who was tarring the church roof. Only a few chandeliers and other items of furniture were rescued.

The current church was consecrated on the first Sunday of advent in 1903. The new church was designed by architect Josef Stenbäck and it was built by building master Salomon Birling with the help of local stonemasons. The church has undergone repairs on several occasions: in 1920 after a fire, in 1937 in accordance with a plan by architect Ilmari Launis, and in 1961 according to a design by architect Veikko Larkas. In 1987, the church was renovated in accordance with plans drawn up by architect Jari Roponen.
The design of the church merges neo-Gothic and National Romantic features. It seats up to 900 people.

The church altarpiece, which depicts Jesus Christ in Gethsemane, was painted by Vaasa-based artist Aleksandra Frosterus-Såltin in 1904. The painting was renovated in 1987, in connection with the other work carried out on the church.

The church’s organ, made by Zachariassen, was commissioned on 3 August 1904. The organ was rebuilt in 1976, but the façade and most of the pipes originate from 1904. The mechanical organ has 22 stops.

The church choir is adorned by a stained glass window, which was designed by architect Ilmari Launis and manufactured by the stained-glass maker S. Wuorio in 1937.

The churchyard is home to a memorial for war heroes. The statue, which depicts a praying mother, was designed by V. Hietanen, and 187 graves for war heroes are located around it. The churchyard also houses memorials for the veterans of the Civil War and for the Jaegers.

The old graveyard behind the church also has a building completed in 1859 where bodies waited over winter for the ground to defrost before a burial could be arranged. From 1965 onwards, the deceased have been stored in this building for shorter periods before burial. The building was renovated in 1988. 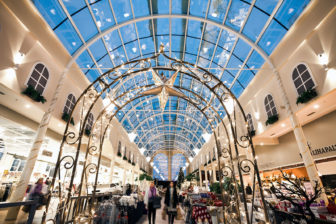 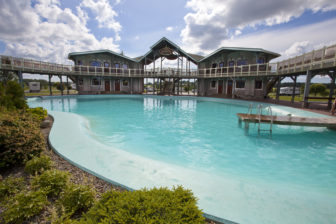 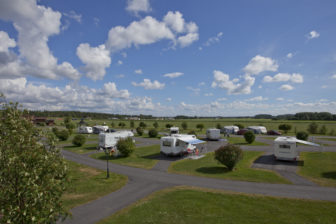 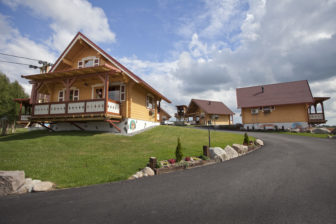