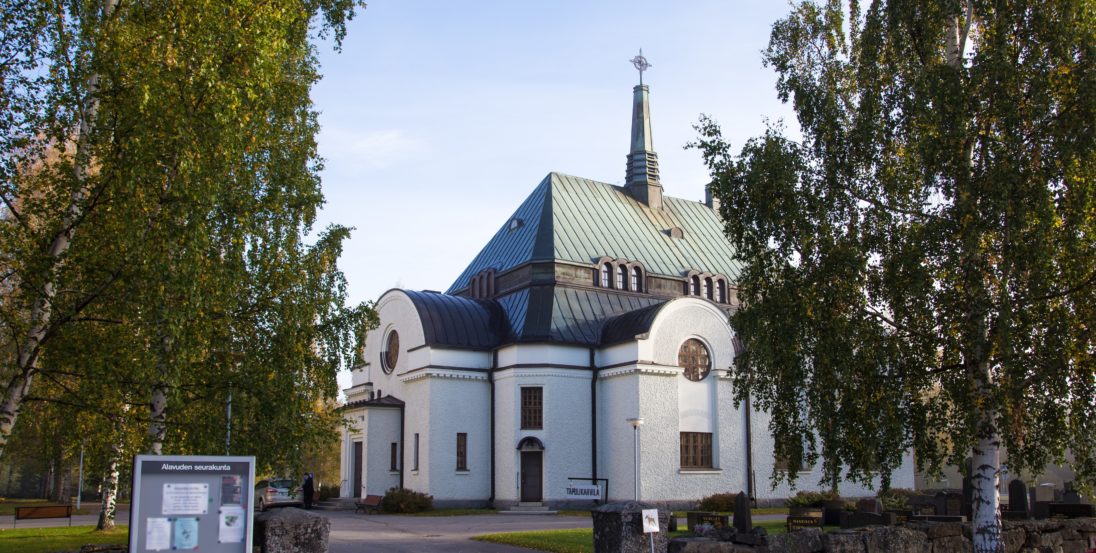 Designed by architect Kauno S. Kallio, Alavus Church was completed in 1914. Archbishop Gustaf Johansson consecrated the church on Michaelmas, 4 October, of that same year. Painted by artist Oskari Paatela, the church’s altarpiece depicts Jesus Christ being taken down from the cross.

Dating from 1970, the church’s 35-stop organ was designed by organist Pentti Pelto and manufactured by organ maker Hans Heinrich. The three chandeliers that adorn the ceiling above the nave were rescued from the fire that destroyed the previous church. The oldest chandelier is from 1828. The church seats about 800 people.

The most notable change in the church was made in 1992 when the rear section of the building was converted into a spacious lobby. This area also contains a separate space that can be used for childcare and by bridal couples. At the same time, a small space was built for audio equipment and TV broadcasts. 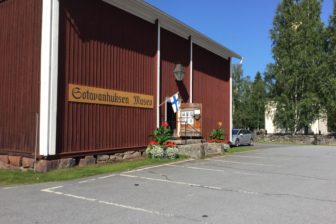 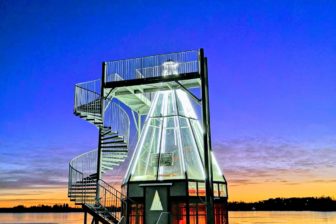 Glass hut on the shore of Alavudenjärvi 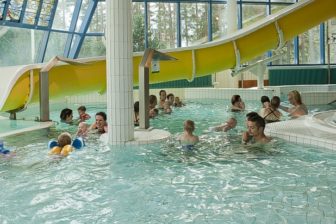