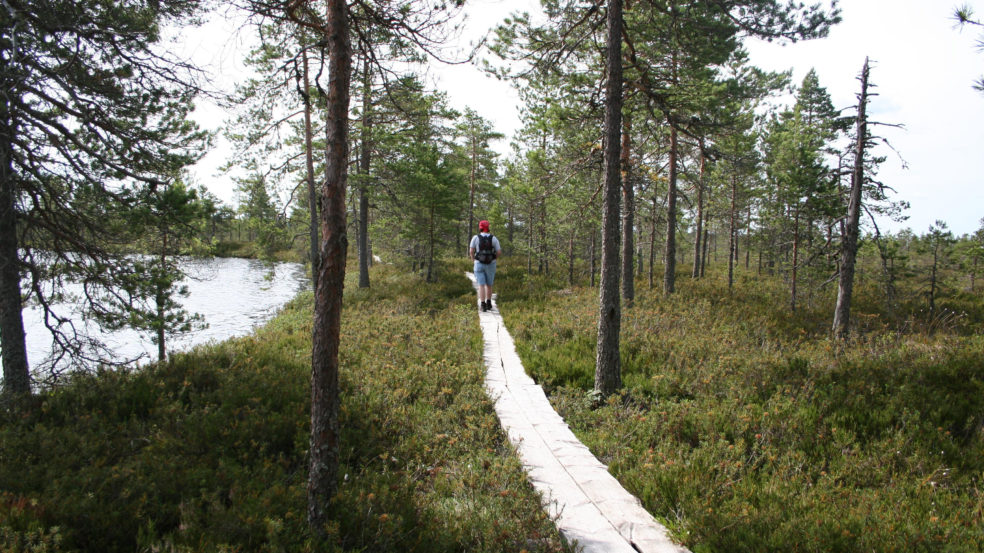 Kauhalammi hiking trail winds around a calm bird oasis of a wilderness character in the Kauhaneva-Pohjankangas National Park along Kyrönkankaan museotie, an old royal fairway. From the viewing tower at the border of a forest and a bog landscape, you can observe the life of a raised bog. On the duckboards, a sharp-eyed photograph always finds something interesting in the environment. For a picnic break, the hiker can choose a scenic spot either on the top of the view tower or by it, at the Salomaa campfire place or on the Kauhalampi pond. The summer trip is topped off by a jump off the pier in the refreshing water of Kauhalampi.

To The Starting Point Of The Trail

Arrival from the north
From Highway 3 (Tampere–Vaasa) in Kurikka into Road 67, following the signposting to Kauhajoki.
From Road 67, turn left into Road 44, keeping driving towards Kauhajoki. From Road 44, turn into Road 6700 towards Karvia. At Nummijärvi, turn from Road 6700 into Kyrönkankaan kesätie, following the signposting to the Nature Park (5 km) (no specific address).
(WGS84) N62 12.938 E22 26.838

Arrival from the south
From the south, along Highway 3 (Tampere–Vaasa) to Parkano, from where westwards into Road 274 towards Karvia.
After Karvia, there are signposts of the National Park (10 km) and the Salomaa parking area (Kyrönkankaatie, Karvia).
(WGS84) N62 11.698 E22 26.985

Kauhalammin kierros is part of the KauhanevaPohjankangas National Park, which is one of the most wilderness-like destinations in Southwest Finland with its bogs and barren heath forests. The rich and impressive bog nature displayed by Kauhalammin kierros allows you to relax and get away from the everyday grind. The trail is not marked, but the trail track is clear and the junctions are signposted. The destination especially attracts hikers interested in bog nature and birdlife and splendid landscapes. The trail is suitable for beginners and families with children.

The trail passes through an even terrain along forest roads and paths, and crosses the Kauhaneva bog along 1.6-km duckboards. During the flood season, waterproof boots are recommended for the leg between Kauhalampi and Salomaa. Otherwise, normal outdoor clothes are sufficient.

At Salomaa, there is a campsite, an accessible toilet, and a place for a campfire. At Nummikangas, there is a viewing tower, a place for a campfire, and a toilet. At Kauhalampi, there is a pier and a bench. During rainy and cold weather, the duckboards may be slippery. The water of the well at Nummikangas is suitable for cooking and drinking only after boiling. By contrast, the water of the well at Salomaa is good without boiling. In the nature conservation area, pets must be kept on a leash. During the bird nesting season, access to some parts of the area is restricted. The Leave No Trace policy is followed in the area, which means everyone takes their own rubbish away. The Katikankanjoni canyon, an interesting trip destination, which is completely different in terms of scenery, and part of the Kauhaneva-Pohjankangas National Park, is at a short drive: www.visitpohjanmaa.fi/katikankanjoni. At a short distance you also find Lauhanvuori, the other national park in the area: www.luontoon.fi/lauhanvuori.

The trail offers a nature lover a lot to see. The large number of open ponds make Kauhaneva one of the most impressive raised bogs in Finland. Together with Kampinkeidas in the northwest, Kauhaneva is a bog complex of international importance. In the structure of a raised bog, drier hummocks alternate with wet, boggy hollows or open-water ponds. In the sphagnum of dry hummocks, there are only stunted pines. Among hummocks, there are wide ponds inhabited by bog birds. There are several hundreds of limpid open-water ponds in Kauhaneva. During the bird nesting season from spring to autumn, access to some parts of the bog is restricted. During the hectic spring and early summer nesting season, the bird fauna of Kauhaneva is rich. Waders and gulls are conspicuous and noisy. The most common waders in the area include the whimbrel, the European golden plover, and the wood sandpiper. The species found in a smaller number include the bean goose, the red-throated diver, and the black-tailed godwit. The barren heath forests are inhabited by the cuckoo, the mistle thrush, and the mystical European nightjar, which sings at night.

According to the prevailing opinion, Kauhajoki and Karvia were permanently inhabited rather late, in the 16th and 17th centuries. People made hunting trips to the heath forests and open bogs of Kauhaneva-Pohjankangas as early as the Stone Age. In the area, there are bases that were used for centuries for hunting, fishing, burning woodland for cultivation, and tar burning. In Pohjankangas, which is part of the Suomenselkä drainage divide, one can still find trapping pits used for forest reindeer hunting in the area, possibly as early as the Stone Age. The Kyrönkankaan museotie road, which passes through Kauhaneva-Pohjankangas, was mentioned in the oldest report on the road system in Finland as early as the 16th century. At that time, the road was a mere path, but later on it became a bridleway used in the summertime, and after that, an important post road, and finally, in the 18th century, a busy route linking Ostrobothnia with South Finland. Later on, the road lost its importance, but as late as the War of Finland, troops marched along it to long battles. When travelling along the Kyrönkankaan museotie road in the footsteps of huntsmen, horsemen, and postmen, it is easy to see traces of its old-time users. For example, several different relics from different times are found in the vicinity of the Lapinkaivo well. Lapinkaivo was marked in early road maps, and stories related to it have been written down starting from the late 17th century. In the stories, sometimes a Lapp, sometimes the golden chariot of a Russian warlord has been drowned in the pond. 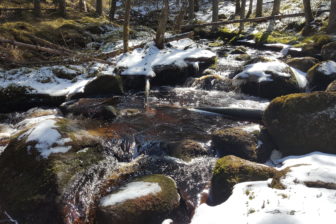 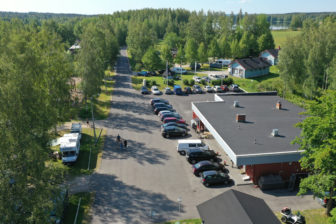 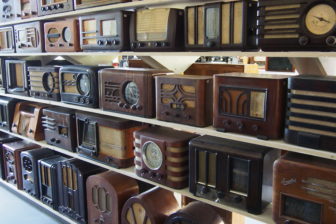 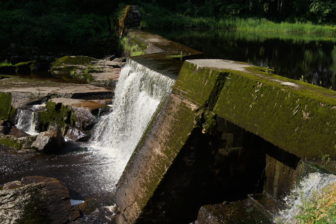